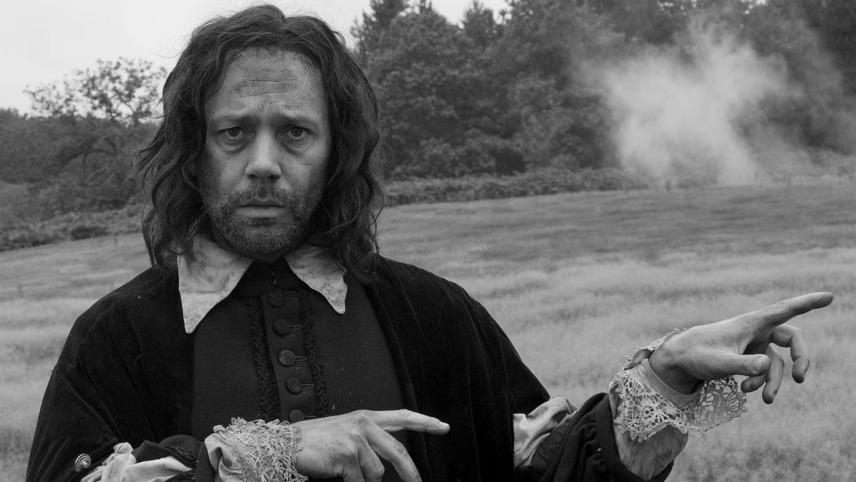 A Field in England

England, the 1640s Civil War. A group of men flee from a raging battle but they are captured and forced to take part in a hunt for treasure supposedly buried somewhere in a field. But before they start digging, they gobble up some strange-looking mushrooms and then everything goes pear-shaped.

Standing as an eccentric, unprecedented object in his filmography, Ben Wheatley (Sightseers, High-Rise) reaffirmed his position as a driving force in the UK’s independent film landscape with this audio-visual tour-de-force–a hallucinatory B&W period film! A beguiling film set in a bizarre field.