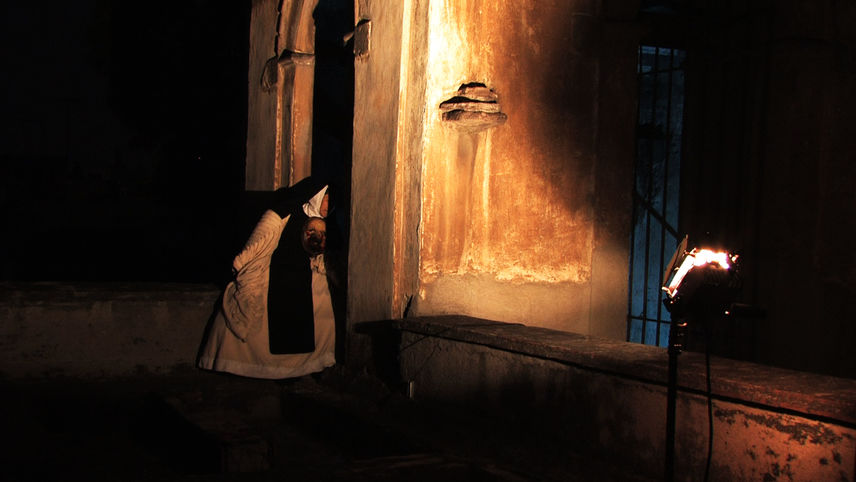 All Things Were Now Overtaken By Silence

A film about the filming of a play. The play is a monologue from Sor Juana Inés de la Cruz’s poem First I Dream. The actress waits patiently between shots as the director and crew decide on the scene, set up the lights and move the camera around. A meditation on filmmaking.

Nicolás Pereda’s abstract and atmospheric formal experiment is an exploration of the filmmaking process through silence. While a play about a poem is being filmed, the moments in between takes are recorded in chiaroscuro black and white, becoming the bare yet spellbinding essence of the drama.