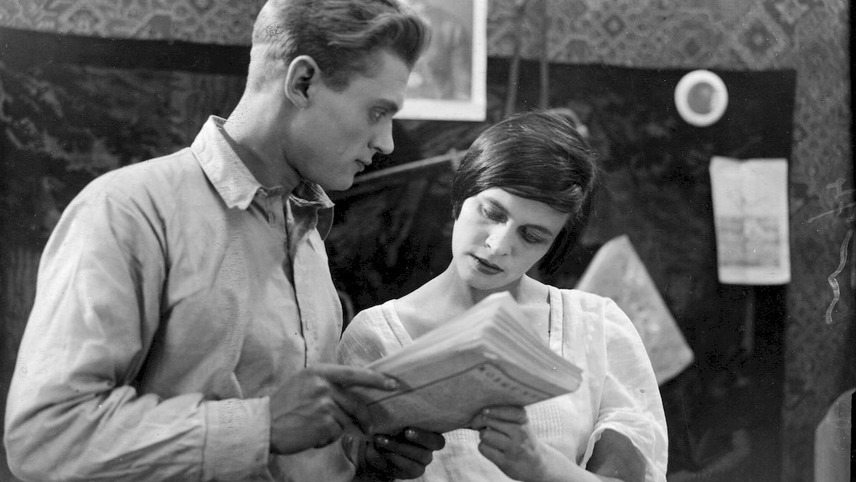 In this one-of-a-kind satire of the Moscow housing shortage, a married construction worker invites an old pal to stay with him. The friend not only accepts the worker’s hospitality, but the favors of his wife as well.

A satirical silent film, banned on its release in 1927, not only does Bed and Sofa still hold up, it in fact reveals itself as incredibly ahead of its time: a social-realist chamber piece with surprising comedy and psychological insight. A landmark in early Soviet cinema.