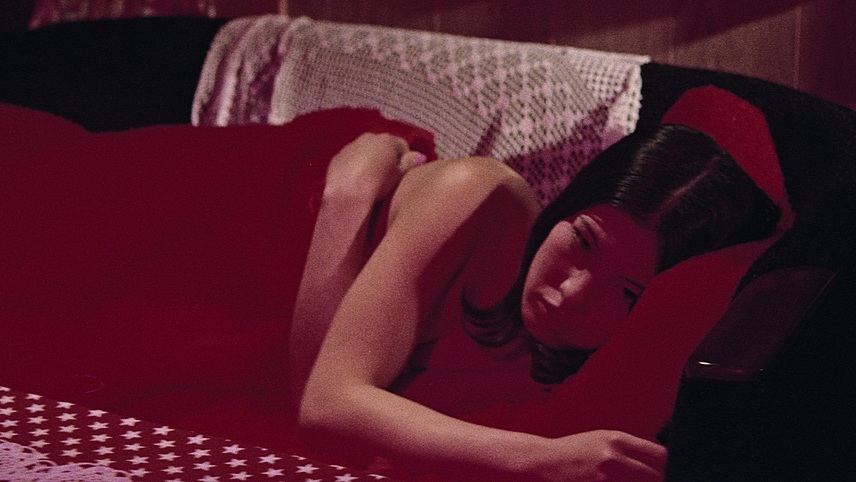 Mariko’s father Kenzo is an investor but ends up with debt after an unexpected market crash. To pay his dues, the loan shark Uchiyama demands Kenzo’s wife. After she dies, Kenzo becomes bedridden. Mariko vows to take revenge on Uchiyama, becoming a prostitute to blackmail her high-profile clients.

Kan Mukai’s Blue Film Woman plays out like a psychedelic fever dream. Against the backdrop of an unanticipated financial crash, this oneiric-erotic revenge thriller tells a sleazy story of sex, murder, and stockbrokers to the twang of a ’60s sitar. Get ready for a colorful and disturbing trip.