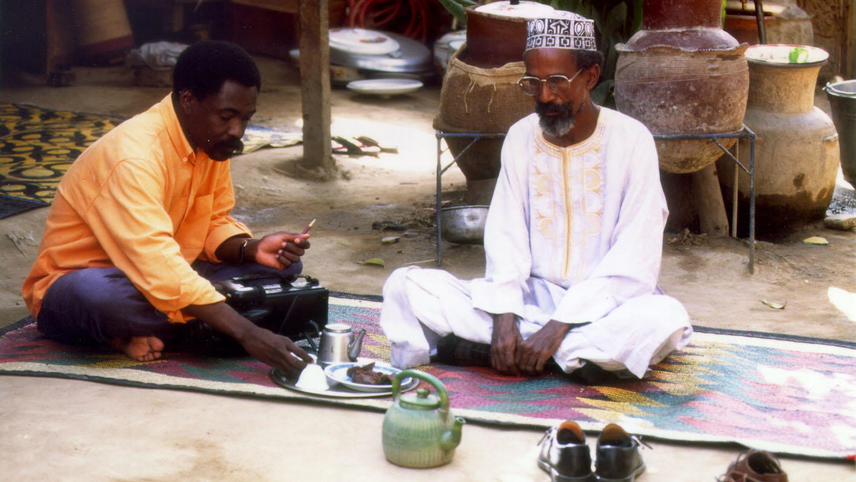 Moussa Hassan is a filmmaker who has lived in France for 15 years and returns to Chad because his mother has died. There, he discovers the faltering state of the film industry and finds that cinemas have been replaced by video rooms. With his old friend, he documents the cause of this decline.

Blurring the lines between documentary and fiction, this debut feature from Mahamat-Saleh Haroun examines the decline of the film industry and its movie palaces in his native Chad. A reflexive work of auto-critique, Bye Bye Africa is an acute study in African identity and the question of home.