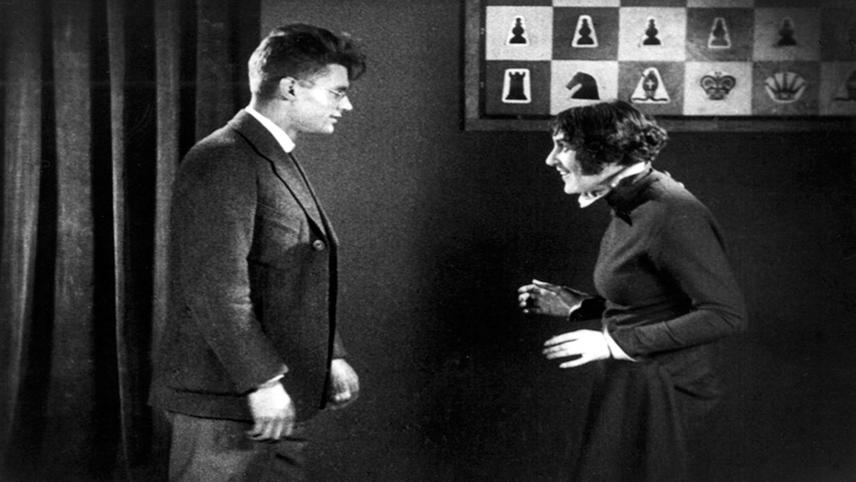 With an international chess tournament in progress, a young man becomes completely obsessed with the game. His fiancée has no interest in it, and becomes frustrated and depressed by his neglect of her, but wherever she goes she finds that she cannot escape chess.

This Soviet silent short co-directed by Vesvolod Pudovkin, renowned for his influential montage theories, is a comedy containing real footage from Moscow’s 1925 chess tournament! The filmmaker pretended to make a documentary about the event, but actually included these scenes in his fictional story.