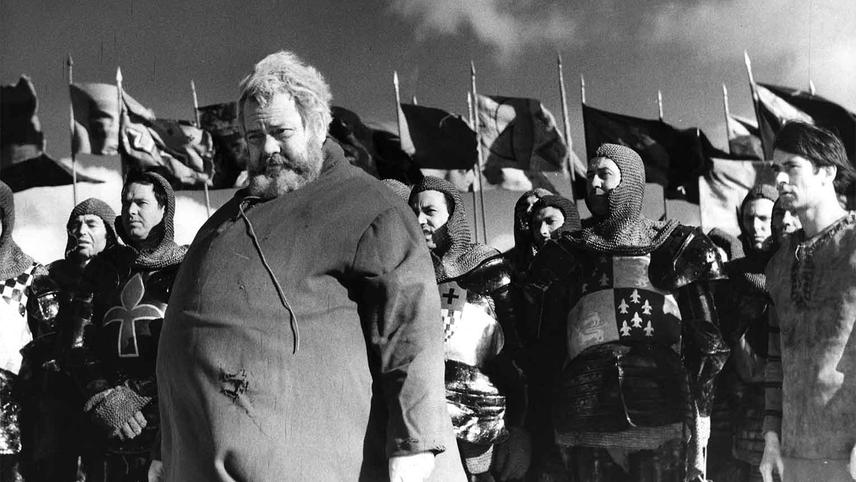 On the brink of Civil War, King Henry IV attempts to consolidate his reign while dealing with his son’s neglect of his royal duties. Hal, the young Prince, openly consorts with Sir John Falstaff. Falstaff and the King rely on Hal for comfort, while the young prince nurtures his own ambitions.

Orson Welles (who considered Chimes at Midnight his favorite of his own films) radically refocuses attention to the irresistible Falstaff, a somewhat peripheral character who appeared throughout the historical Henry plays. Starring Welles, John Gielgud and Jeanne Moreau!