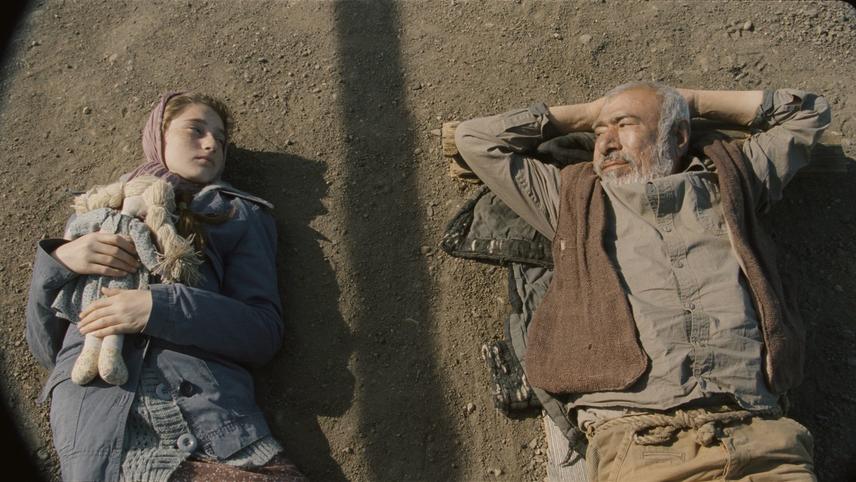 Spring flooding forms a small island with rich soil in the middle of a river, new land without an owner. An old man, assisted by his orphaned teenage granddaughter, takes possession of the island, builds a simple hut, and plants corn.

A meditative, visually captivating story with minimal dialogue that focuses on two peasants on a tiny island along the Georgian coast. George Ovashvili follows the tradition of slow cinema to create an otherworldly feel, echoing the centuries-old struggle and conflict of his homeland.