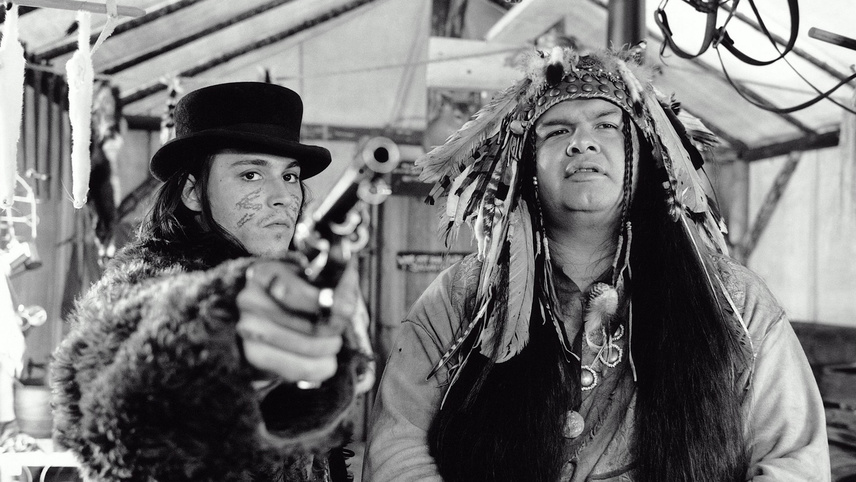 19th century America. Accountant William Blake has just arrived in the godforsaken outpost of Machine before he’s caught in the middle of a fatal lovers’ quarrel. Wounded and on the lam, Blake falls under the watch of the outcast Nobody, who guides his companion on a spiritual journey.

King-of-cool Jim Jarmusch showed up to Cannes ’95 with possibly his best film: a self-described “Psychedelic Western”, rebuilding the genre as a ragged, comic, uniquely American trip with help from a hip cast (Johnny Depp! Iggy Pop! Robert Mitchum!) and scored to a mystic jam by Neil Young.