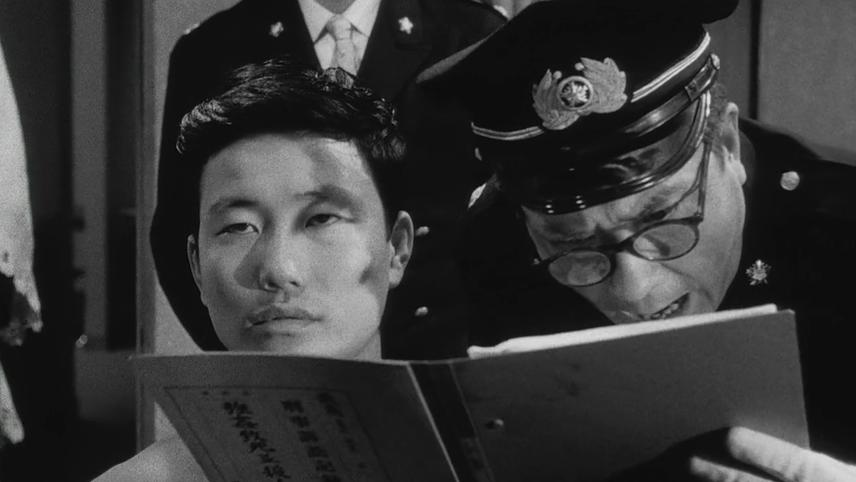 In this macabre farce, a Korean man is sentenced to death in Japan but survives his execution, sending the authorities into a panic about what to do next. At once disturbing and oddly amusing, Nagisa Ôshima’s constantly surprising film is a startlingly subversive and surreal political statement.

Exploring crime on both an individual and national level, Nagisa Oshima’s riotous comedy doubles as a dense, contradicting critique of hypocrisy and corruption. An absurdist farce shot in a faux-documentary style—influenced by the innovations of Jean-Luc Godard and Bertold Brecht.