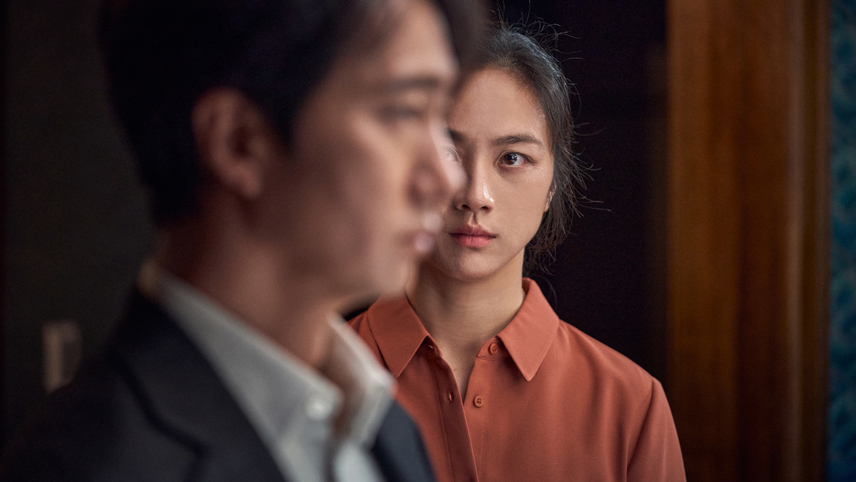 From a mountain peak in South Korea, a man plummets to his death. Did he jump, or was he pushed? When detective Hae-joon arrives on the scene, he begins to suspect the dead man’s wife Seo-rae. But as he digs deeper into the investigation, he finds himself trapped in a web of deception and desire.

In this seductively twisted, modern romantic thriller, obsession is taken to wondrous and vertiginous extremes. Without a doubt one of the most electrifying minds working in cinema today, Park Chan-wook won the Best Director award at Cannes for his sumptuous, Hitchcockian masterwork.