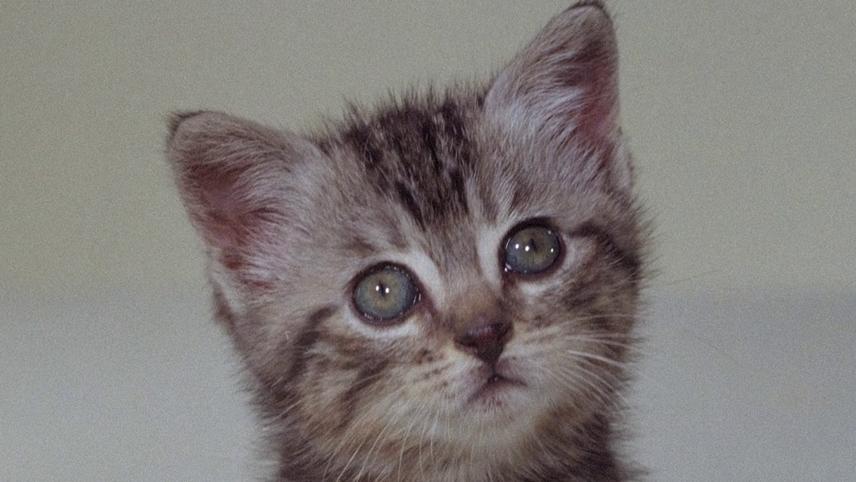 Borowczyk presents two, seemingly distinct ‘volets’. In the first, we see an old farmer and his dog shot in stark black and white. The second features a succession of tableaux vivant in startling colour featuring houseplants and kittens.

True to its title, Walerian Borowczyk’s miniature study in emotional sincerity is a film of two halves. The first is an achingly tender portrait of a centenarian farmer, with Borowczyk going hell-for-leather on his Foley FX kit; the second an archly comic exercise in sentimentality—kittens included!