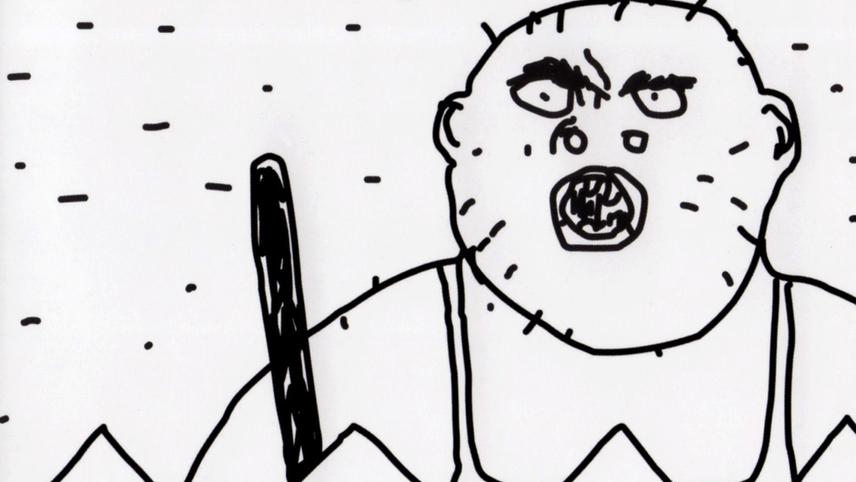 A series of 5-minute line animations (drawn in the rough style and with the minimalist plots of David Lynch’s The Angriest Dog in the World comic strip) featuring an angry and violent Neanderthal, and his family and neighbors.

If you’ve ever wondered what a David Lynch sitcom would look like, this web series might just give you the answer. Conceived, animated, and voiced entirely by Lynch, the eight episodes of Dumbland—presented here in its entirety—form a lewd, crude, and hilarious portrait of the neighbour from hell.