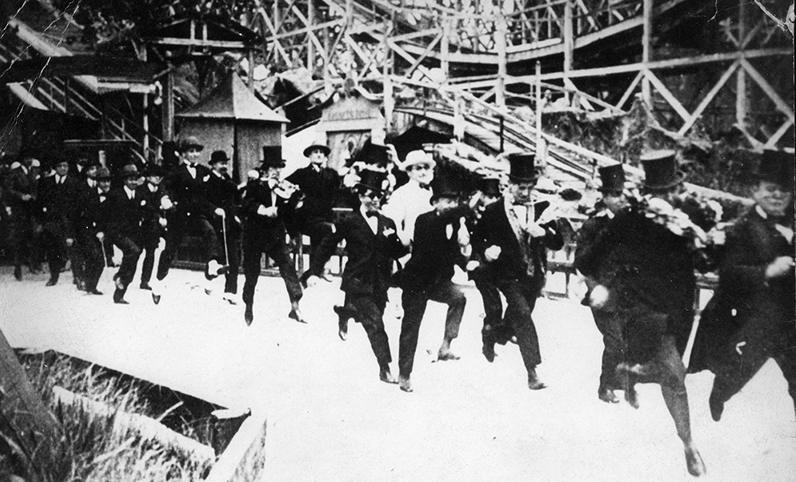 Still one of the best-known avant-garde films of the 1920s, Entr’acte was immediately heralded as a “cinematic masterpiece.” It stages a series of zany, disconnected scenes, including a chess match between Marcel Duchamp and Man Ray, a dizzying roller coaster sequence or a hearse pulled by a camel.

Between the acts of a Dadaist ballet René Clair premiered Entr’acte: a short film chopped-and-screwed, abstractly and alternately slowed-down and sped-up. Sterling “cinéma pur,” avant-garde experimentation in the vein of Man Ray and Marcel Duchamp, both of whom cameo here.