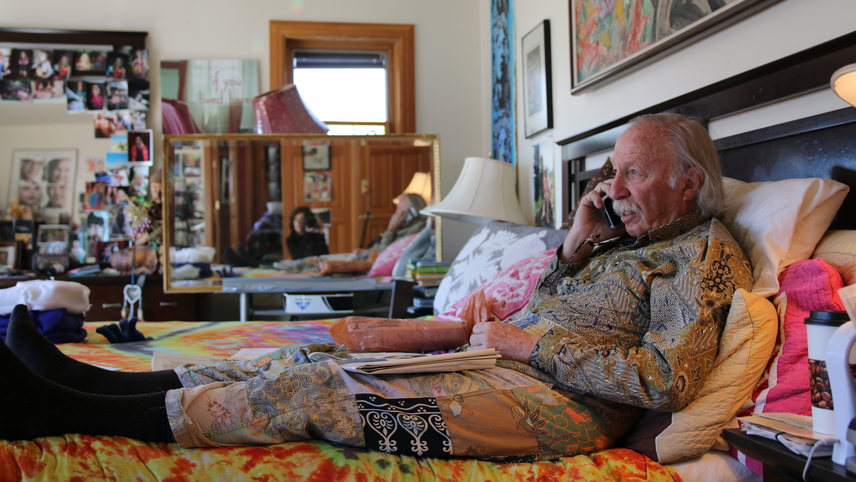 Film About a Father Who

Over a period of 35 years, Lynne Sachs shot varied footage of her father, a bon vivant and pioneering businessman. This is her attempt to understand the web that connects child to parent and sister to sibling. As a daughter, Sachs discovers more about her father than she had ever hoped to reveal.

Shunning chronology in favour of a rich, jumbled-up tapestry of different decades and film and video formats, experimental filmmaker Lynne Sach’s latest work paints a three-dimensional portrait of her chameleonic father. The act of making the film becomes key to discovering who he really is.