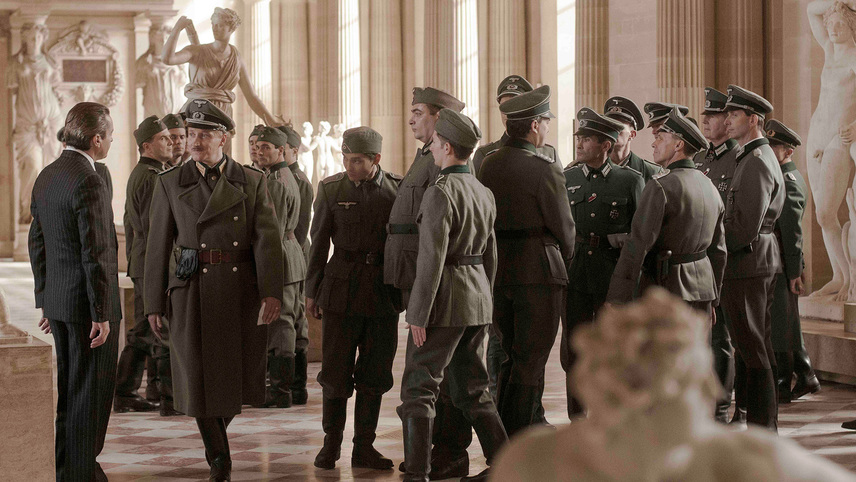 Jacques Jaujard and Count Franziskus Wolff-Metternich shared a compulsory collaboration at the Louvre Museum under the Nazi Occupation. First enemies, then collaborators, these two would become the driving force behind the preservation of museum treasures.

Following the success of one-shot wonder Russian Ark, and his Golden Lion-winning Faust, Aleksandr Sokurov conducts something of a seance, exploring the Louvre during WWII. An historiographic film that chases concepts, not logic, ruminating on the weight of history and construction of culture.