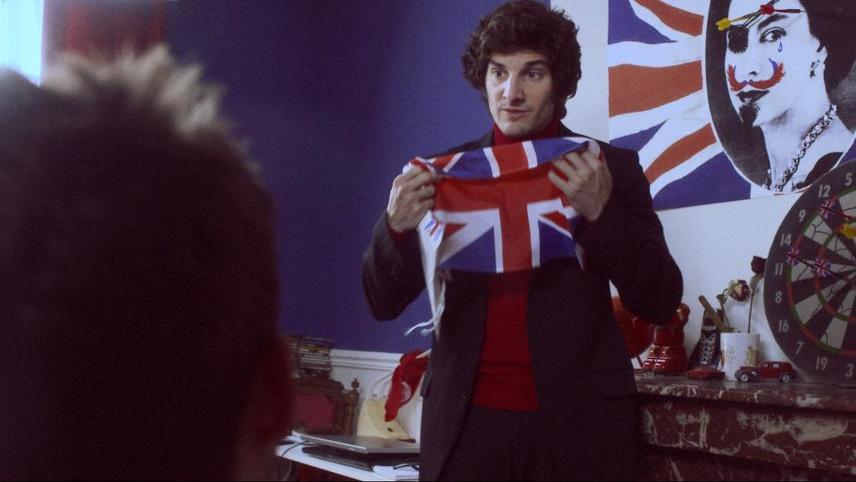 Michel suffers from a strange pathology. A form of racism rare and perfectly obsolete: the hatred of the Englishman. He carries out anti-British commando operations with his association whose members are, apart from him, his brother and a buddy.

One of Benoît Forgeard’s mad inventions, the short film Fuck U.K is characteristic of his strange taste for an ultra-Gallic, old-fashioned, and retro past. The controversial film stages the ultimate snobbish Frenchman (played by Gaspard Proust) as a man disgusted by anything British.