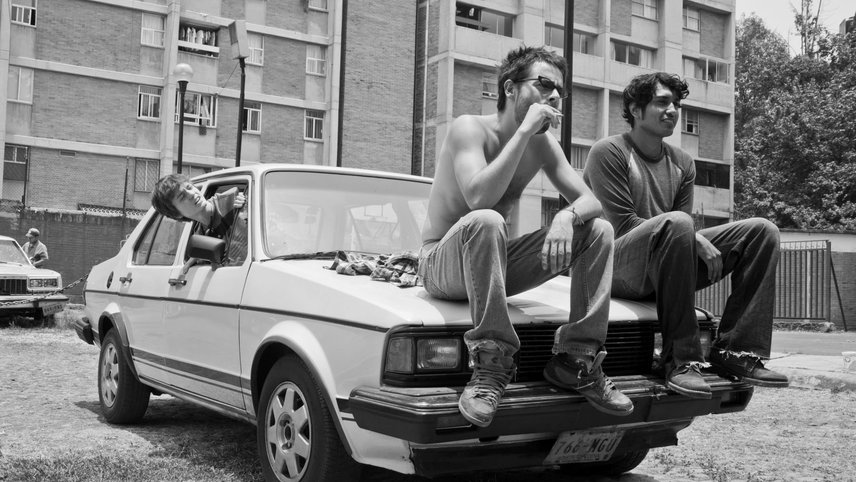 The arrival of Tomás gives new energy to his brother Sombra and his friend Santos, whose lives seem to be on hold after a student strike. Together, they decide to go on a road trip to find the legendary musician they listened to as kids, and whose location has been unknown for a long time.

Winner of the Best First Feature award at the Berlinale, Alonso Ruizpalacios’s vivacious coming-of-age film is one of the most formally impressive debuts in recent Mexican cinema. Seductively shot in black-and-white, the film is an exuberant examination of Mexico’s historic student strike in 1999.