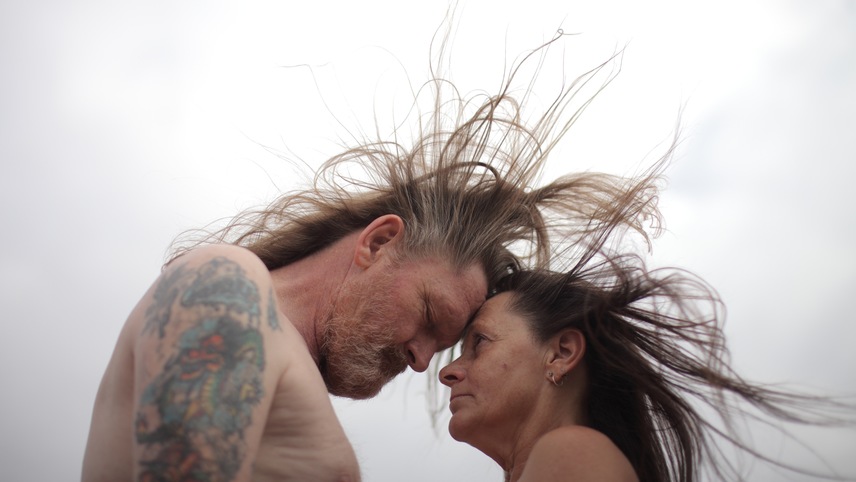 Fifty-year-old convict Dan is released from prison and is reunited with the love of his life, Leanne. Dan’s repeated re-assimilation into society, however, is threatened by his predilection for alcohol and the awakening of internal demons whose rampaging leads Dan to bouts of aggression.

With striking visuals and cinematic prowess, Hail draws the struggles of life after prison through a compelling relationship. Based on testimonies of a former inmate, this docu-drama, portraying violence and tenderness in equal measures, was received with acclaim in festivals worldwide.