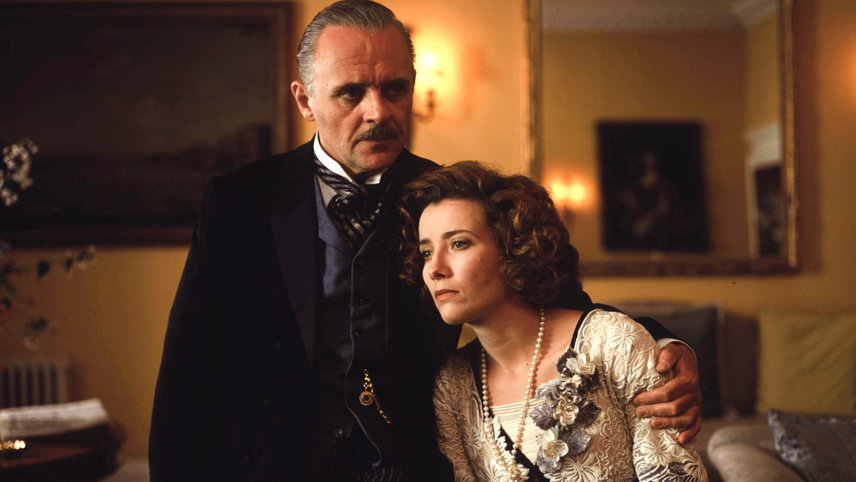 Helen Schlegel falls for Paul Wilcox, but is rebuffed. Her sister Margaret becomes friends with Paul’s mother Ruth, who promises her the family house, Howards End. Unfortunately, after her death, the will disappears and so might their inheritance—until Ruth’s widower becomes attracted to Margaret.

Fans of Merchant-Ivory will rightly expect lush period settings and some of the great talents in British cinema—like Vanessa Redgrave, Anthony Hopkins & Helena Bonham Carter. But this emotional epic of forsaken love also remarkably teems with rage at the class divisions in Edwardian-era England.