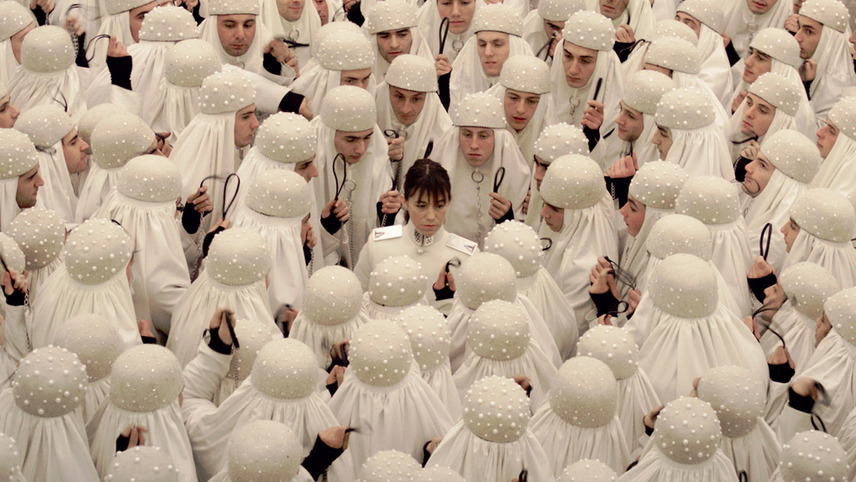 Jacky in the Kingdom of Women

In the People’s Democratic Republic of Bubunne, the women are in power. They rule the country and maintain order while the men wear veils and do domestic tasks. Jacky, a young man, gets ready for the Grand Ball, at which the Generale’s daughter will choose a husband. He fervently hopes to be chosen.

Taking the Cinderella story for a gender-bending spin, this sharp, high-concept satire boasts a fond eye for the absurd. A droll comedy of patriarchal inversion, Jacky in the Kingdom of Women deftly balances acute commentary on the perils of authoritarianism with a parade of Monty Python-esque gags.

You currently have access to only 878 films in the Germany selection.
You're missing out on 2379 more films, you can get immediate access to these via a VPN subscription.