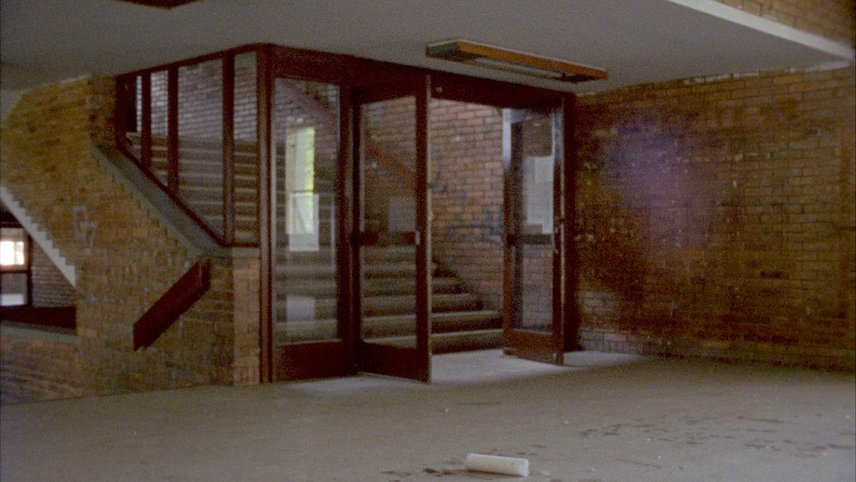 By chance, the filmmaker accidently superimposed on the same 16mm film stock the architectural portrait of a university in Bogota – a modernist Bauhaus – style brick monument and the portrait of Jenny, a transgender millennial talking about her heroin addiction.

A site of activism and bloodshed, Building 303 was an icon of Bogotà. Now demolished, the university—and its political graffiti—haunts this spectral short, intruding on a portrait of a recovering addict. Laura Huertas Millán’s film is one of ruin and survival, inspired by its “living works of art.”