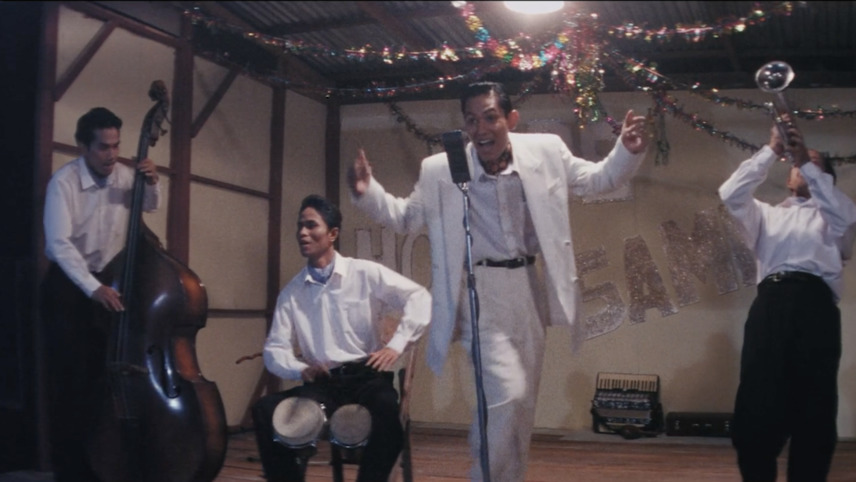 Jimi Asmara , a popular singer, is in love with Sabariah, a night club singer. His popularity starts to decline when pop music begins to invade the local music scene.

Jimi Asmara is Erma Fatima’s homage to the films made at Jalan Ampas Studio during the 1950s and 1960s, a golden age for Malaysian cinema. A beguiling love story with a terrific score by Khairil Azli, this eloquent retelling of P. Ramlee’s Antara Dua Darjat is a forgotten classic, newly remastered.