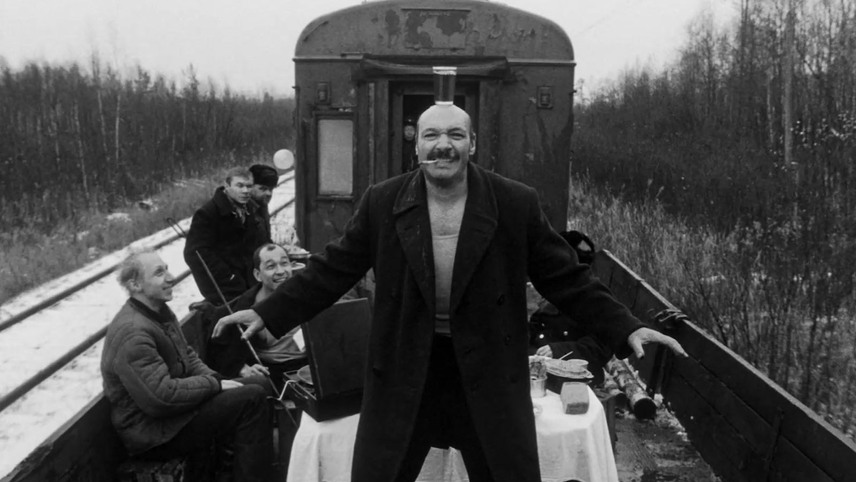 In Moscow 1953 the anti-Jewish purges are ongoing and Stalin is on his deathbed. When General Yuri Glinsky, a military surgeon, tries to escape, he is abducted, taken to the lowest rungs of hell and deposited at the heart of the enigma.

Liberally adapted from Joseph Brodsky’s “In a Room and a Half,” this slippery and surreal, paranoid, and poetic postwar satire by Aleksei German (Hard to Be a God) is truly one of a kind. A triumph, both a mesmerizing feat of filmmaking and an inventive portrait of Stalin’s Russia.