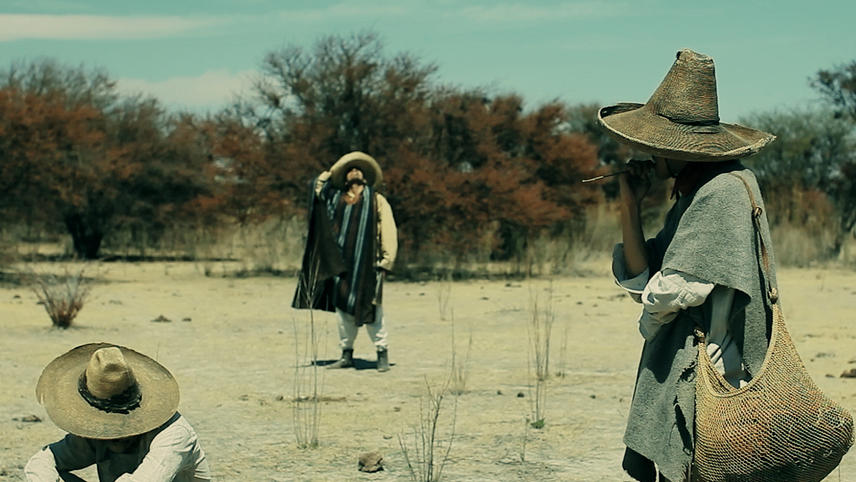 Auditions are taking place. Men improvise, deliver lines, aim guns, and collapse as if mortally wounded, reenacting the historical account of a revolution. In between, there are scenes of a desert landscape, where three young men who tried to join the Mexican Revolution of 1910 have lost their way.

A reflexive experiment in form that nimbly bounds between historical reconstruction—namely of the Mexican Revolution—and the auditions for said reconstruction. Taking a Stanislavski quote as its conceptual starting point, Killing Strangers makes some playful leaps—from The Beatles to Home Alone.