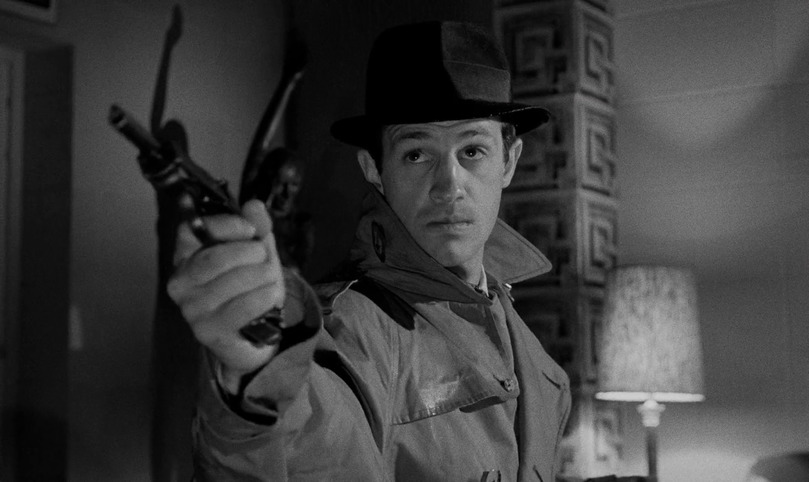 Short after being released from prison, enigmatic gangster Maurice is already involved in what should be a simple heist. While he prepares for it with the help of a friend, he discovers that his trusted partner might be as untrustworthy as he is.

Jean-Pierre Melville’s Le doulos, starring Jean-Paul Belmondo, is what fans expect of both: Stetsons, trench coats and revolvers. Set in a world of crime and shadows, this “film policier” par excellence was influenced by Hollywood film noir, and in turn influenced directors like Quentin Tarantino!