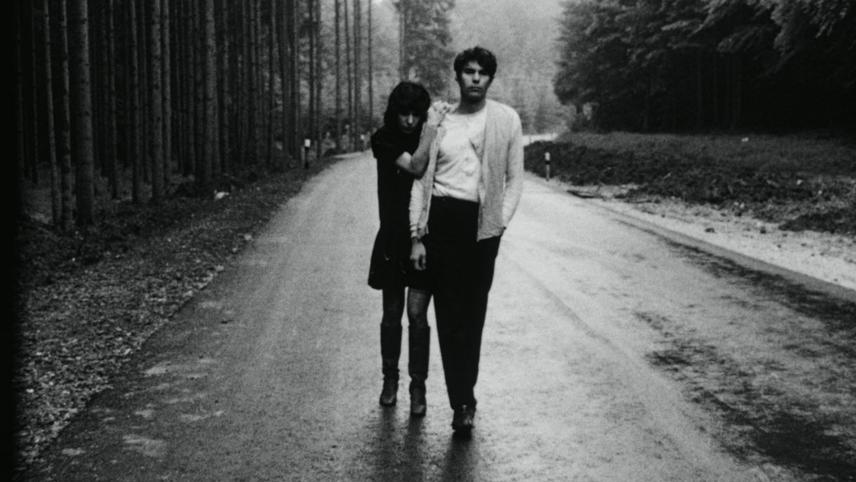 In the words of Bernadette Lafont, who stars in the film with Laurent Terzieff, “a couple and their child flee in the face of an unknown but still considerable menace… In a desolate landscape, full of humidity and humiliation, we see the weakest of beings stage his revolt: a child.”

In astonishingly beautiful B&W, Philippe Garrel’s silent experimental narrative film was made in his 20s with the ferocious Zanzibar art collective. Shot near military camps in Germany to create a feeling of oppression, it is a primal response to the events of May ’68 as they were still unfolding.