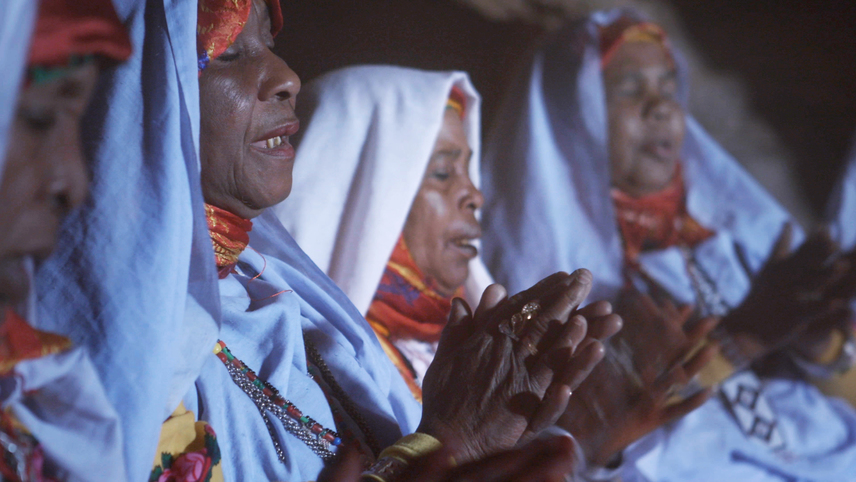 Director Karim Moussaoui reflects on the role an opera house could play in his home country, Algeria. With his crew, he sets off to the desert in search of women singing the Taguerabt, a Gourara language chant performed in caves. But as his journey progresses, these women seem nowhere to be found.

In July 2016, the Algiers Opera opened its doors, funded by China to promote cooperation between the two nations. Wondering what an Algerian Opera might sound like, filmmaker Karim Moussaoui goes in search of the eponymous polyphonic singers for this mysterious, Herzog-ian documentary miniature.