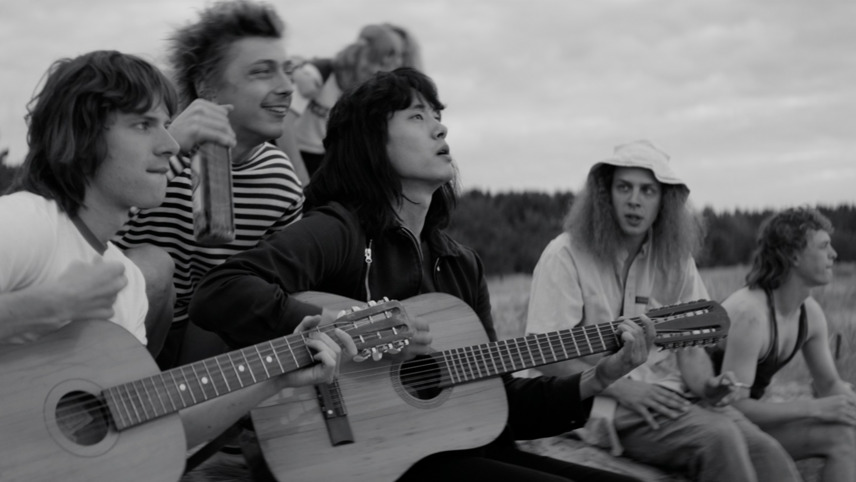 Leningrad, one summer in the early eighties. Smuggling LP’s by Lou Reed and T-Rex, the underground rock scene is boiling ahead of the Perestroika. Mike and his wife Natasha meet with young Viktor Tsoï. Together with friends, they will change the destiny of rock’n’roll in the Soviet Union.

From Russian enfant terrible Kirill Serebrennikov comes this freewheeling snapshot of youthful rebellion in the underground scene of 1980s Leningrad. Set to a soundtrack of classics from David Bowie to The Sex Pistols, and filmed in stunning B&W, Leto is a rock ‘n’ roll musical like no other.