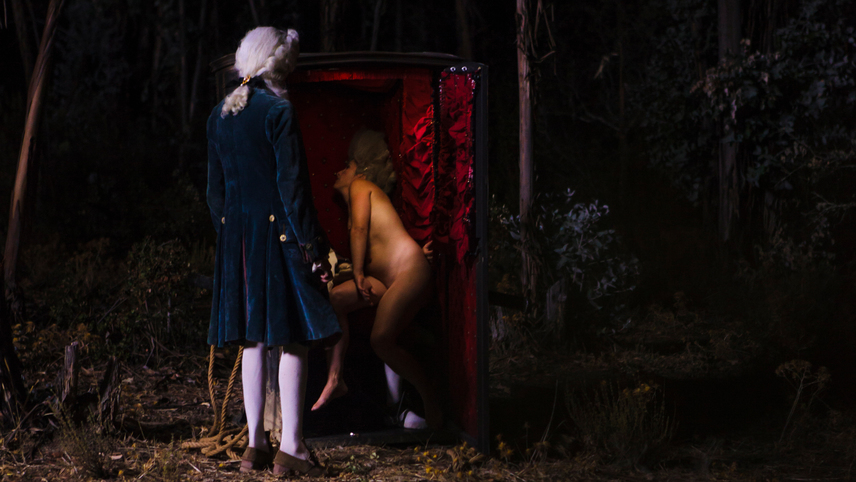 Just before the French Revolution, a group of libertines expelled from the court of Louis XVI flees for Germany, where they rendezvous with the legendary seducer and freethinker the Duc de Walchen. Their goal? Export libertinage, a philosophy centered on the rejection of morality and authority.

From Don Quixote to Louis XIV, Albert Serra is notorious for radically reimagining the costume drama, but little will prepare you for this. A gorgeous tableaux of the nocturnal cruising and sexual fantasies of desperate aristocrats, its confrontational form challenges cinematic vulgarity and excess.