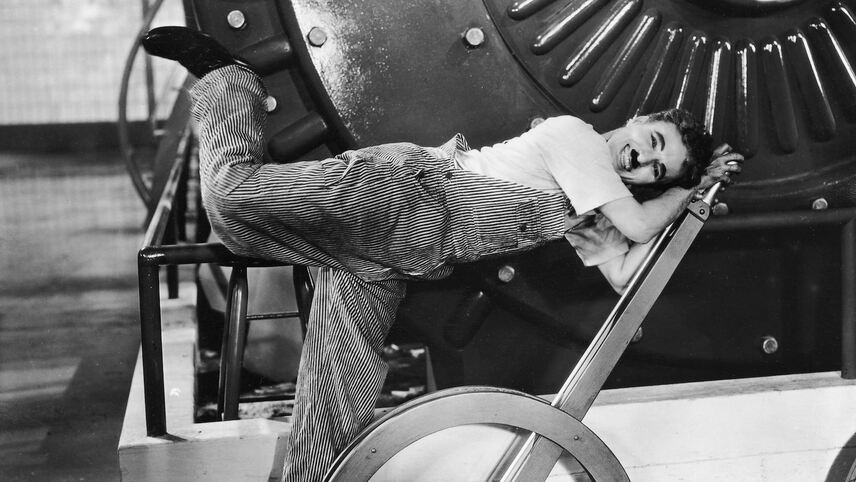 Subjected to the infernal production rate of the factory, the Little Tramp suddenly has a nervous breakdown. From hospital, to prison, to unemployment, he gets caught up in the sprockets and cogs of modern industrialization. That is, until he comes across a kind orphaned girl.

Possibly Chaplin’s greatest masterpiece—though with so many, who’s to say?—Modern Times contains some of the comic’s most brilliantly iconic and politically savvy routines. A biting satire of modern industrialized society, Chaplin staved off the 20th-century (and sound cinema) with wit and elegance.