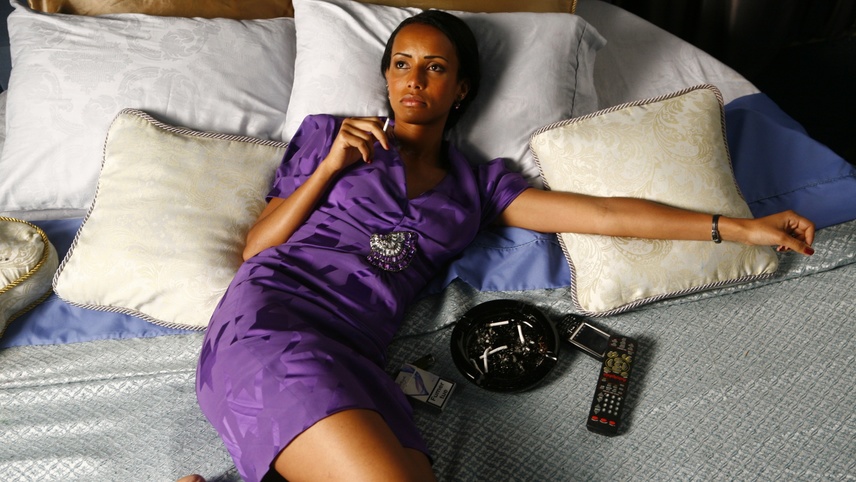 Styling himself an imperial monarch, a dictator rattles around an enormous castle, as isolated and fragile as one of Shakespeare’s mad kings. Obsessed equally with what the television tells him and the comely shape of his new maid, he enforces rules with an erratic, despotic terror.

In 1999, Aleksandr Sokurov’s Moloch examined the relationship between Hitler and Eva Braun. Raoul Peck transposes the concept to modern-day Haiti, following 24 hours in the life of a fictional dictator. A staggering chamber drama, Moloch Tropical layers politics and tragedy to devastating effect.