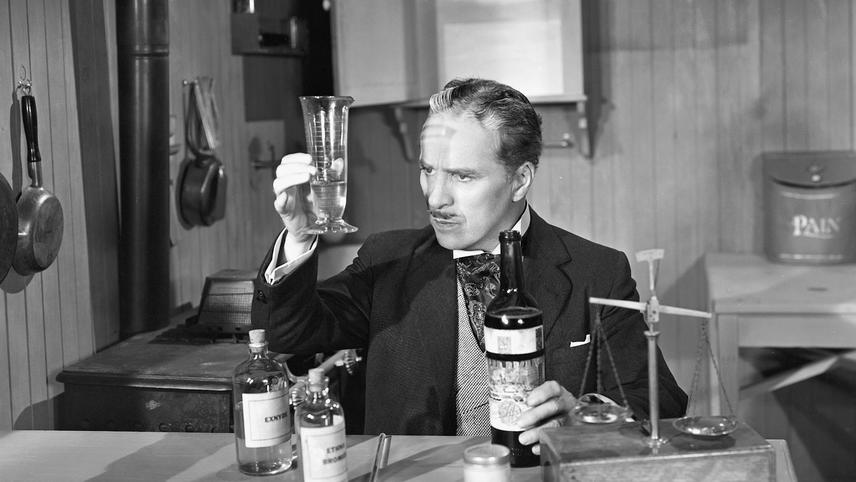 Monsieur Verdoux, a Parisian family man, loses his job as a bank clerk. In order to support his wife and child, he devises a plan to woo and marry rich widows, then murder them for their money. His scheme works until his 14th victim, the loud-mouthed Annabella Bonheur, proves impossible to kill.

A controversial entry in Chaplin’s 75-year career, this Paris-set comedy—attacked at the time for being utterly unsentimental—is a dark, entertaining movie about money, marriage, and murder. Based on an idea by Orson Welles, Monsieur Verdoux presents Chaplin outside of his signature Tramp role.