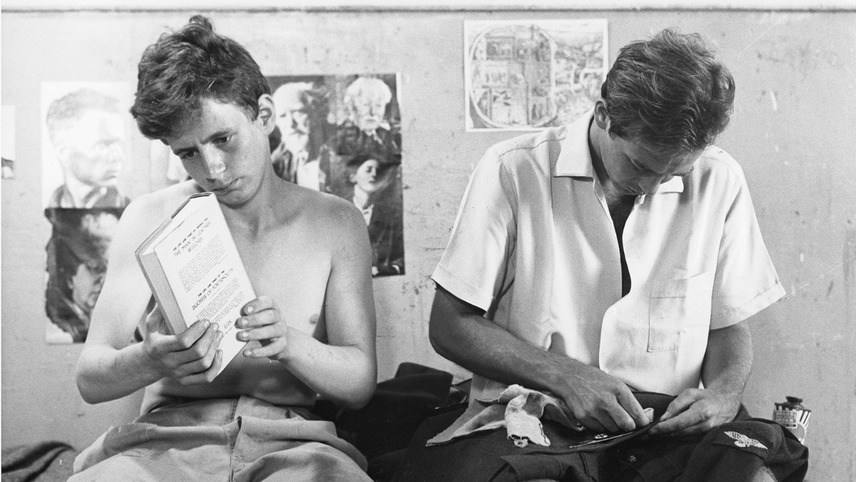 The third part of Bill Douglas’s influential, autobiographical trilogy. Jamie leaves the children’s home to live with his paternal grandmother. After working in a mine and in a tailor’s shop, he is conscripted into the RAF, and goes to Egypt, where he is befriended by Robert.

Like Truffaut and “Antoine Doinel,” Bill Douglas worked with the same actor over a long period of time, so one of the joys is watching both character and performer grow up together. His trilogy’s grand finale, made 6 years after part one, offers a note of hope, redemption, and freedom.