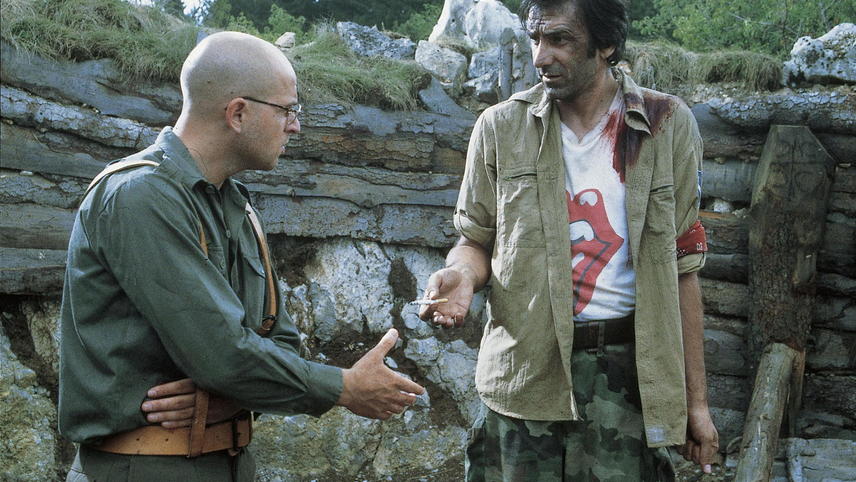 Bosnia and Herzegovina during 1993 at the time of the heaviest fighting between the two warring sides. Two soldiers from opposing sides in the conflict, Nino and Ciki, become trapped in no man’s land, whilst a third soldier becomes a living booby trap.

One of the best-known films about the Balkan conflict, No Man’s Land presents the absurdism of war with unabashed humour, painting a critical portrait of U.N. intervention, the media, and the fierce hatred between the two camps. Winner of Best Screenplay in Cannes and a Foreign Language Film Oscar®!