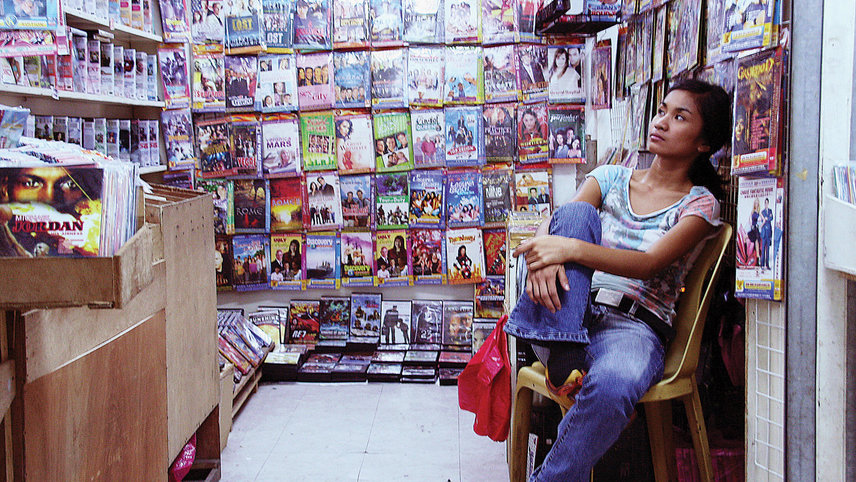 Rita is named after a famous American movie star whom her late, former actress grandmother once adored. She lives in one of Manila’s oldest districts with her mother and aunt. Years later, she is still the same girl enamoured with television, now tending to her aunt’s stall selling pirated DVDs.

Raya Martin has established himself as a talented filmmaker from the Philippines who, alongside Lav Diaz, is working within the current “slow cinema” movement. Shot on low-res video, this is both a naturalist depiction of everyday life in Manila, as well as a formally minimalist experiment.