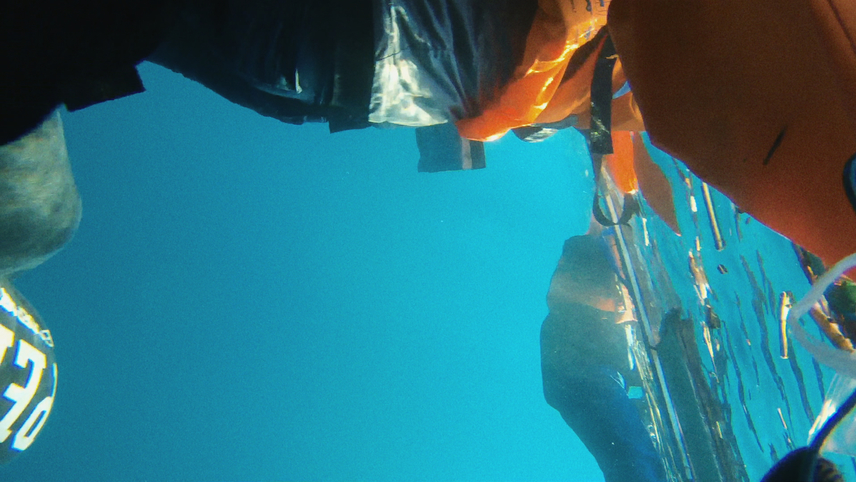 As the way to Europe remained blocked for Syrian artist Amel Alzakout, she decided to cross the Mediterranean Sea with smugglers. However, just before reaching the coast of Lesbos, the overcrowded boat she was on capsized. With a waterproof camera strapped to her wrist, Amel recorded the events.

As she fled Syria, artist Amel Alzakout’s wrist-attached GoPro camera captured her boat capsizing in a terrifying mosaic of colour and sound. Visceral immediacy and poetic narration collide in Purple Sea, a first-person account of the refugee crisis, and a survival story of heart-stopping urgency.

You currently have access to only 874 films in the United States selection.
You're missing out on 2427 more films, you can get immediate access to these via a VPN subscription.