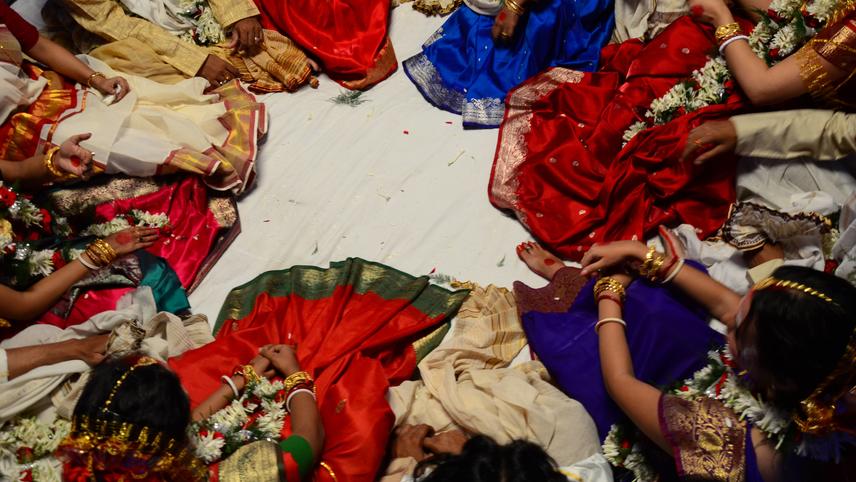 On a lunar eclipse midnight, six young newlywed couples and a priestess meet after a mass wedding. They sit in a circle and talk. This is their last conversation – an exchange about life, death, beginning, end and everything in between. After a discussion they commit mass suicide.

Ingeniously using an immersive single shot to build an impending sense of doom, Rati Chakravyuh captures an ominous conversation that makes up the entire film. Probing the mystical aspects of ordinary life, this minimalist feature is a fascinating inquiry into the meaning of existence.

You currently have access to only 962 films in the United States selection.
You're missing out on 2546 more films, you can get immediate access to these via a VPN subscription.