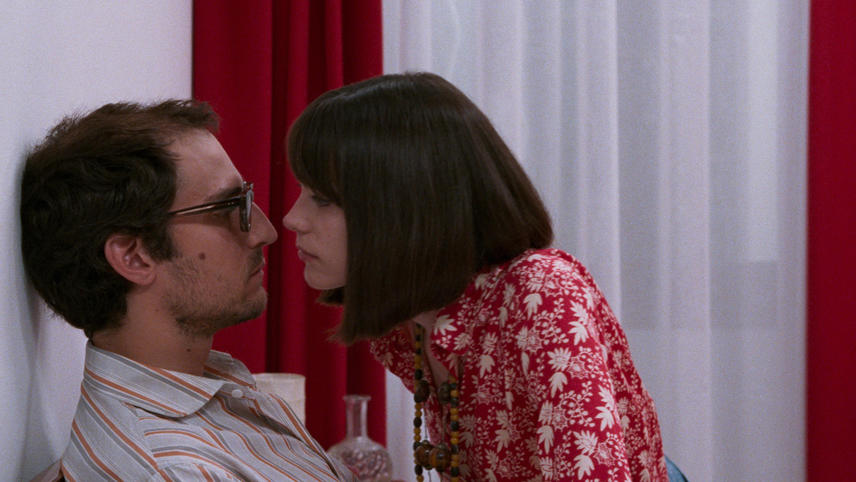 It’s 1967: Jean-Luc Godard’s marriage to Anna Karina is over, and he is reimagining his art. Sensing cultural and political change in the air a full year before the unrest of May ’68, he embarks on a new film, La Chinoise, with a new woman, actress and student activist Anne Wiazemsky.

If Jean-Luc Godard took a radical turn around the time of May 68, Michel Hazanavicius subverts the stern metamorphosis and turns it into a wildly entertaining, (un)romantic affair. Louis Garrel is the moody legendary director, while Stacy Martin is Anne Wiazemsky—on whose memoirs the film is based!

Get access to this film plus 2458 more films showing in other countries via a VPN subscription.