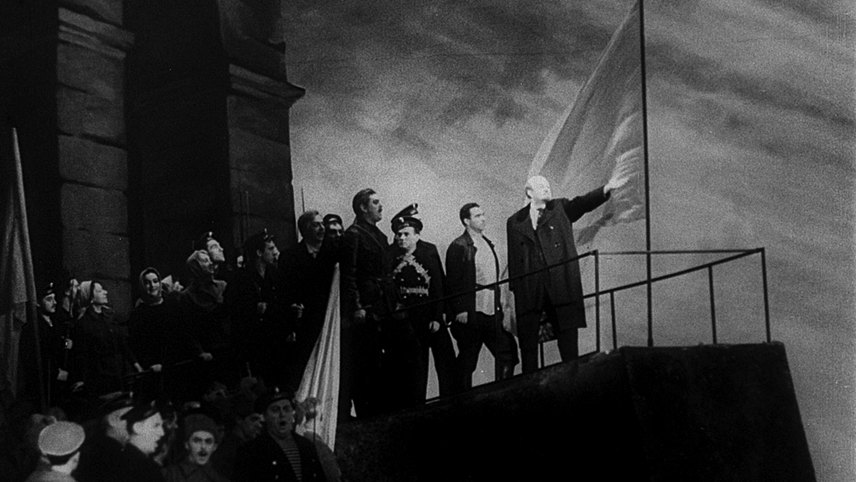 Archive propaganda newsreels produced in the USSR in the 50s and 60s show the forgotten side of the Soviet times and the way of thinking then. People across the Soviet Union, though full of hardship, deprivation and absurd rituals, are illuminated by the glorious shining of the communist illusion.

A beautifully edited documentary by Ukrainian director Sergei Loznitsa, Revue combines Soviet newsreels and propaganda films to present his refreshing perspective on Soviet life in the 1950s and ’60s. An evocative, bittersweet portrait of the hardships and promises of the communist dream.