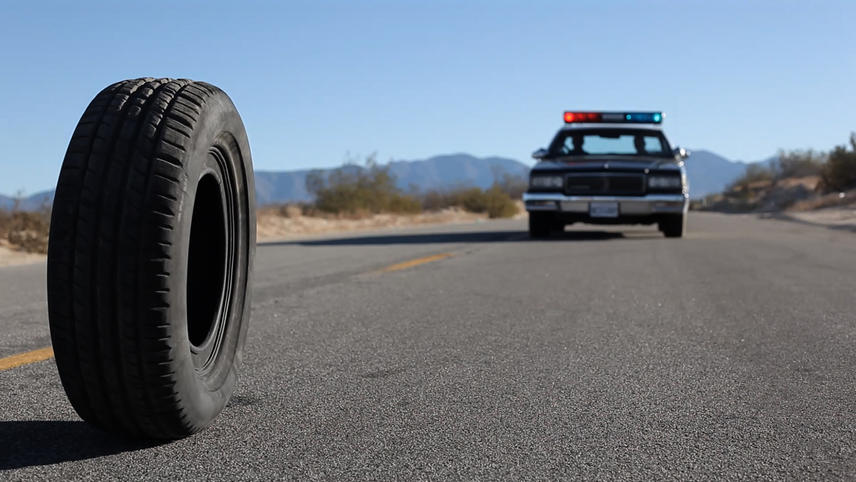 Robert, an inanimate tire that has been abandoned in the desert, suddenly and inexplicably comes to life. As Robert roams the bleak landscape, he discovers that he possesses terrifying telepathic powers that give him the ability to destroy anything he wishes without having to move.

French director Quentin Dupieux (also the musician Mr. Oizo, under which name he composed the film’s soundtrack!) is known for his very own wacky, absurdist style. Set in the barren landscapes surrounding L.A., this irrational parody of a killer-on-the-loose story follows a most unusual subject.