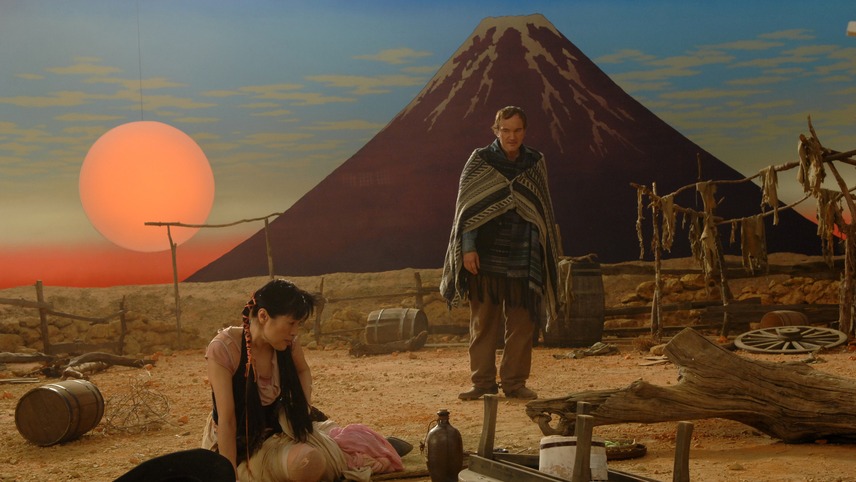 Ever since the Genpei War a few centuries before, two opposing clans have been fighting over a hidden treasure. When a stranger comes to town, he says he’ll join whichever clan offers him more money. However, the stranger has a hidden agenda: he is there to seek revenge on behalf of a prostitute.

Cult director Takashi Miike has directed nearly 100 movies in the last 25 years and isn’t slowing down. Brace yourself for this one: a stylized, irresistibly hip mashup of spaghetti westerns and samurai epics, bound for midnight movie glory. As a bonus, keep your eye out for Quentin Tarantino!

A Girl Is a Gun