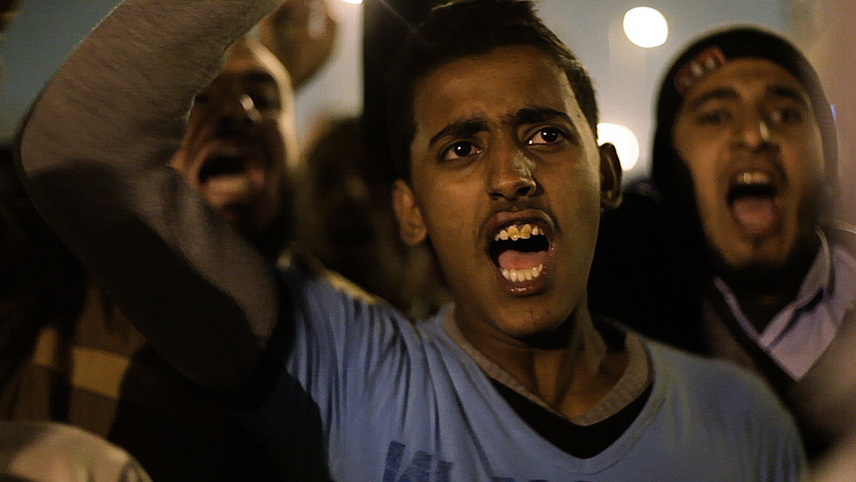 From facebook thumbs up to the battle of stones, a history of hope, fear, despair, anger, pride and elation, the film is the real-time chronicle of the two most exciting weeks in the history of modern Egypt as lived by their protagonists.

With its observational camera roaming through the crowds during the Tahrir Square 2011 demonstrations, this documentary captures the energy, resolution and increasing tension of the Egyptian revolution. Faces and gestures suffice to convey political urgency: a perspective of intimate intensity.