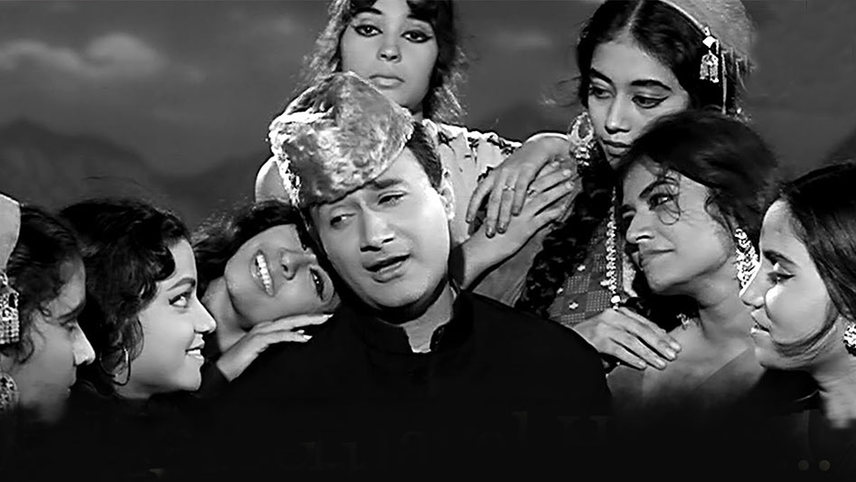 Devdutt does an ordinary job of selling musical instruments in a store. Things change for the better when his boss finds out that he has a talent for writing poems.

With a stellar cast composed of Dev Anand, Nanda, Simi Garewal and Kalpana Mohan, this charming drama captures the romantic encounters and resulting indecisiveness of a young poet. Catch S. D. Burman and Majrooh Sultanpuri weaving magic with the songs in this timeless black-and-white classic.

Get access to this film plus 2514 more films showing in other countries via a VPN subscription.

The Edge of Heaven