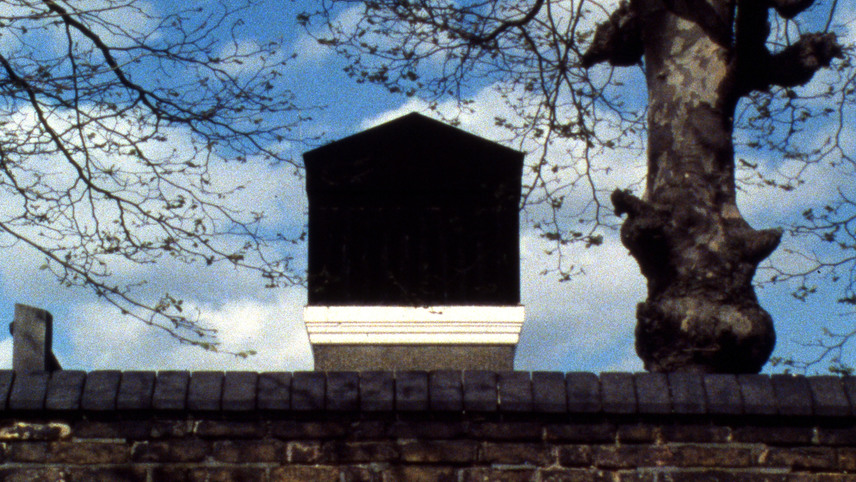 In The Black Tower, we enter the world of a man haunted by a tower which, he believes, is following him around London. The character of the central protagonist is indicated only by a narrative voice-over.

John Smith takes repetition and makes a mystery out of it in The Black Tower. Above terraced houses and between blocks of flats, the eponymous structure appears to the narrator over and again like a bad omen—and in this curious film about fascination and perception, we share his hallucinatory state.

You currently have access to only 1038 films in the France selection.
You're missing out on 2410 more films, you can get immediate access to these via a VPN subscription.