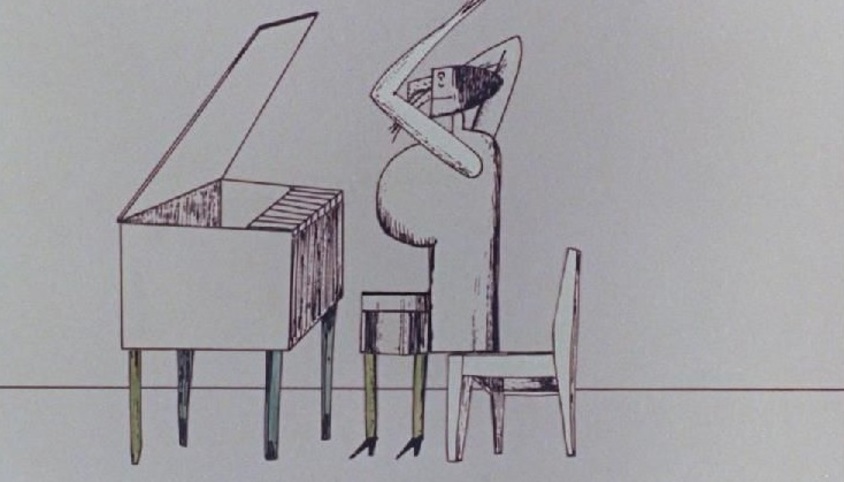 Ostensibly a film of a concert given by the round and unassuming Monsieur Kabal and his spiky, terrifying wife, it’s actually a cover for their frequent attempts at causing each other extreme physical harm.

Departing from the cut-out style of his earlier shorts, Walerian Borowczyk introduces the embattled couple who would later serve as protagonists in his animated feature Mr. and Mrs. Kabal’s Theatre. Punch and Judy meet the Theatre of the Absurd for a grotesque medley of music and dismemberment.