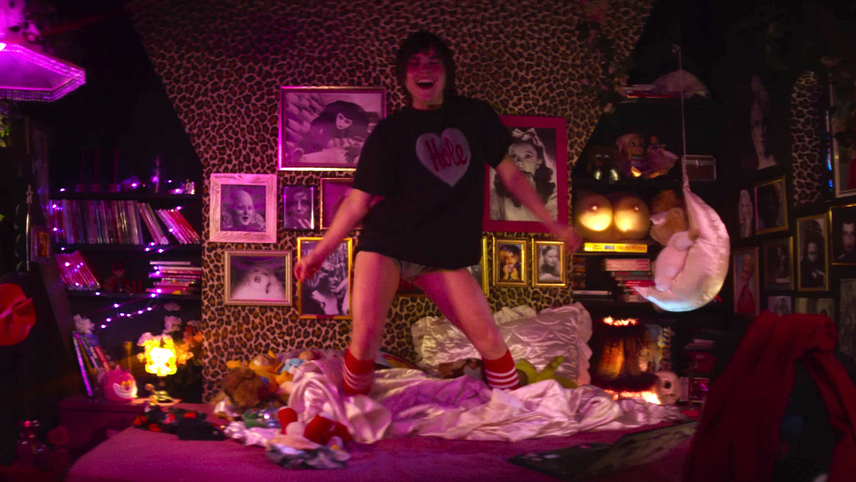 The Demons of Dorothy

Dorothy is a film director and a bit of a loser. One night she lets loose on her script when a call from her producer kills her buzz: enough with queer comedies, it’s time to start making mainstream films. To avoid sinking into despair, Dorothy seeks comfort in the TV show Romy the Vampire Slayer.

In a flurry of motorbikes and silicone, Alexis Langlois’ slapstick short exposes the struggles to get a film made before segueing into high camp fantasy. A queer ode to the wildest excesses of pop culture, genre film and the internet that unfolds like a cross between John Waters and Ryan Trecartin.

You currently have access to only 1071 films in the United Kingdom selection.
You're missing out on 2377 more films, you can get immediate access to these via a VPN subscription.