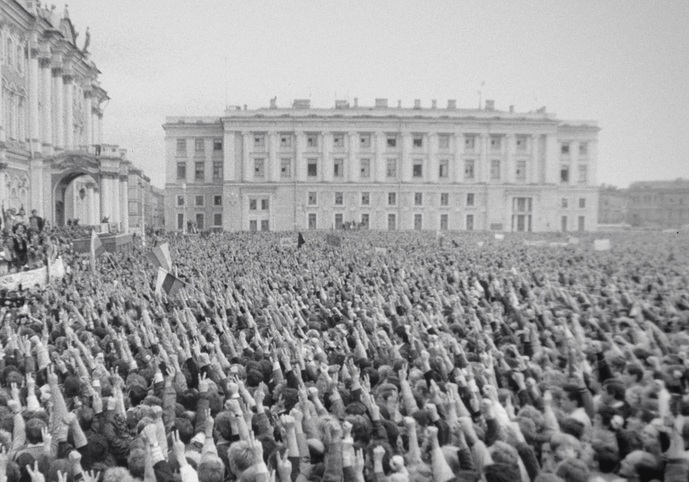 In August 1991 a failed coup d’état led by a group of hard-core communists in Moscow ended the 70-year-long rule of the Soviets. In Leningrad thousands of confused, scared, excited and desperate people poured into the streets to become a part of the event, which was supposed to change their destiny.

Sergei Loznitsa has made an astounding documentary from restored footage of the dramatic cavalcade of events during the collapse of the Soviet Union 26 years ago this month: government dissolution, Gorbachev gone missing, and a coup d’etat. Like today, we only know what is presented to the public.

You currently have access to only 911 films in the United States selection.
You're missing out on 2305 more films, you can get immediate access to these via a VPN subscription.