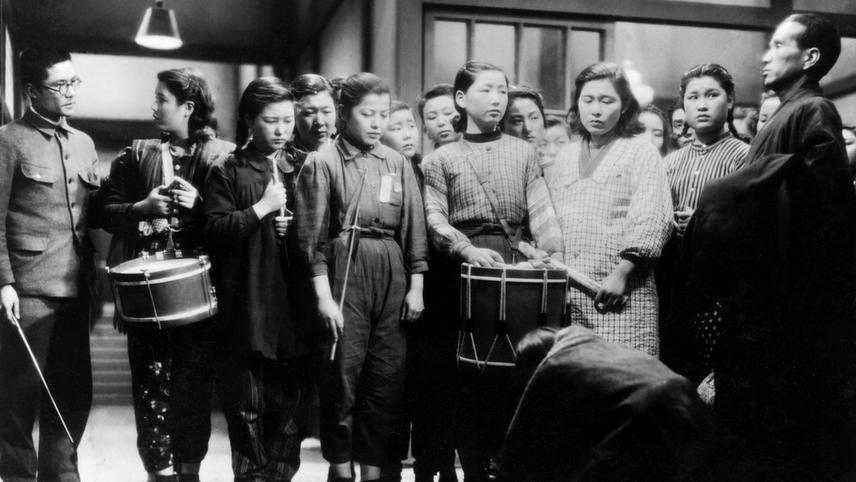 This portrait of female volunteer workers at an optics plant during World War II, shot on location at the Nippon Kogaku factory, was created with a patriotic agenda. Yet it anticipates the aesthetics of Japanese cinema’s postwar social realism.

Produced as wartime propaganda, Kurosawa’s second feature has no credits and instead opens with a fiery message against the enemy. While harnessed by nationalist constraints, the film manages to infuse an artful humanism into what could have been an overly didactic tale of women factory workers.