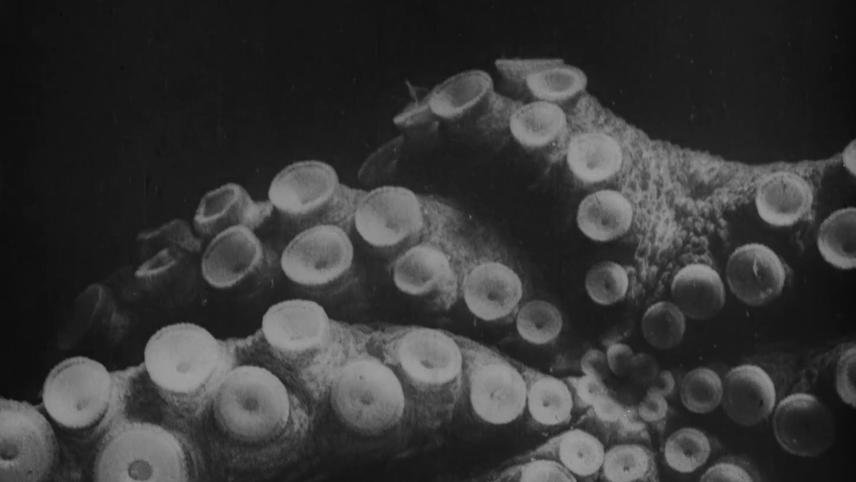 An octopus slithers over objects on land – a doll, a skull – then oozes along the shore into the sea. It secretes its ink. The camera follows it along rocks into deeper water, watching closely as it breathes.

Jean Painlevé was unique in that he was at once a visionary experimental filmmaker and a documentarian whose predilection was underwater fauna. By observing the animal marine world, where motion is subjected to different laws, movements take the form of an uncanny dance, bewildering and enigmatic.

Get access to this film plus 2606 more films showing in other countries via a VPN subscription.